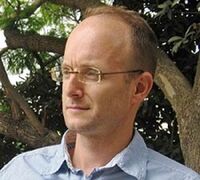 Labour and anti-Semitism in 2018: The truth behind the relentless smear campaign against Corbyn

Bombarded by disinformation campaigns, many British Jews are being misled into seeing Corbyn as a threat rather than as the best hope of inoculating Britain against the resurgence of right-wing anti-Semitism menace

End-of-year polls are always popular as a way to gauge significant social and political trends over the past year and predict where things are heading in the next.

But a recent poll of European Jews – the largest such survey in the world – is being used to paint a deeply misleading picture of British society and an apparent problem of a new, leftwing form of anti-semitism.... See more

Jonathan Cook is an award-winning British journalist based in Nazareth, Israel, since 2001. He is the author of three books on the Israeli-Palestinian conflict.

In 2011 Jonathan was awarded the Martha Gellhorn Special Prize for Journalism. The judges’ citation reads: “Jonathan Cook’s work on Palestine and Israel, especially his de-coding of official propaganda and his outstanding analysis of events often obfuscated in the mainstream, has made him one of the reliable truth-tellers in the Middle East.”

You can read more about Jonathan at https://www.jonathan-cook.net/about/

Go to all Jonathan Cook articles on this Wiki