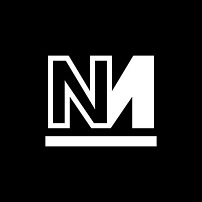 Another Lewisham Is Possible: Overcoming Housing Crisis and the Democratic Deficit

Local democracy in the London Borough of Lewisham is completely broken. The Labour Party occupies every one of the council’s 54 seats, and there is no effective opposition. Power is concentrated in an executive mayor. Local people find it exceptionally difficult to have their voices heard over powerful development companies bent on gentrifying the local community. Unwilling to tolerate this democratic deficit, local people are organising to do something about it.

Lewisham council is right wing. Its conservatism has driven it to partner with Peabody to pursue the immensely unpopular Reginald/Tidemill development against the wishes of local residents. Spuriously claiming to care about housing, the council is demolishing a vital community garden along with 16 council flats. The garden has been shown to significantly reduce pollution in an already over polluted borough. The local authority refuse to ballot residents of the 16 council flats due for demolition. Many local residents now know their councillors by name and are deeply critical of their handling of the project... See more