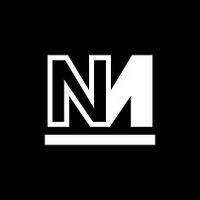 In 2016 the Labour party accepted the International Holocaust Remembrance Alliance (IHRA) definition of antisemitism. This summer it went further, admitting word-for-word eight of the eleven examples alongside that definition, while adding to the other three in its new code of conduct. Those modifications led to swift condemnation, and with Jeremy Corbyn now hinting compromise, wholesale acceptance seems likely.

In truth only one of those examples is a stumbling block in any accommodation. This is the claim that stating Israel is a ‘racist endeavour’ denies Jews their right to self-determination and, as a result, is evidence of antisemitic bigotry.

The nature of the debate principally understands racism as an issue of rhetoric, with limits to free speech necessary to safeguard a minority. It’s unsurprising, then, that the response from those opposed to the IHRA examples view them as limiting justified criticism of Israel’s actions....

Novara Media is an independent media organisation addressing the issues – from a crisis of capitalism to racism and climate change – that are set to define the 21st century. Within that context their goal is a simple one: to tell stories and provide analysis shaped by the political uncertainties of the age, elevating critical perspectives you’re unlikely to find elsewhere. Driven to build a new media for a different politics, Novara journalism is always politically committed; rather than seeking to moderate between two sides of a debate, their output actively intends to feed back into political action.

To meet the Novara team or email them, visit their about page